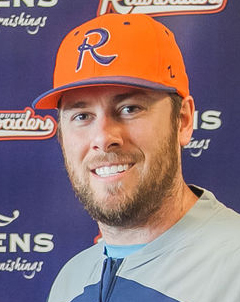 The Cleburne Railroaders named Gabe Suarez as the organizaton’s first Field Manager and Director of Baseball Operations in February 2017.

Prior to joining the Railroaders, Suarez has had an experienced career as a player and coach in affiliated and independent Baseball. Suarez was drafted 26th by the Montreal Expos in the 2004 MLB draft out of South Mountain Junior College and had an 11-year professional career with the Expos/Washington Nationals, Colorado Rockies, Philadelphia Phillies and Los Angeles Dodgers. Additionally, Suarez was a member of Team Spain in the 2013 World Baseball Classic, and managed the American Association’s Joplin Blasters in 2016.