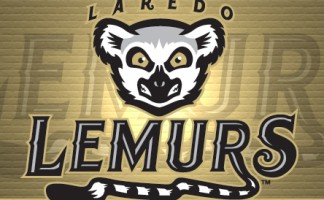 The Laredo Lemurs scored two runs in the top of the ninth to force extras and added another two in the 12th on a home run from RF Dennis Phipps to snatch a 6-4 win against the Joplin Blasters.

The Lemurs trailed 4-2 heading into the top of the ninth but quickly changed that. LF Ty Morrison and DH Devin Harris led off the inning with back-to-back singles and then scored on back-to-back singles from C Jesus Posso and SS Alvaro Rondon. After two scoreless extra frames, 2B J.D. Pulfer opened up the 12th with a single and one out later Phipps turned on a 0-1 delivery to push the Lemurs out in front.

Posso, Harris and Pulfer each had two hits in the game as did 3B Cesar Valera. For the Blasters, DH Geraldo Valentin and RF Zack Burling also had a pair of hits.

With the score tied at 1-1 after nine innings, the Gary SouthShore RailCats blew the game open in the top of the 10th and took a 4-1 win against the Sioux Falls Canaries.

In the top of the 10th, 3B Frank Martinez hit a lead-off home run to push the RailCats out in front. Later in the inning, RF Matt Petrone, who went 2-for-5 to lead the team, doubled to score LF Cameron Newell and C Jose Gonzalez and that proved to be more than enough to win the game. The game was tied at one thanks to a first inning RBI from Sioux Falls DH David Bergin and a third inning solo shot from SS Jarred Mederos.

For the Canaries, both SS Blake Schmit and 2B Ozney Guillen recorded a pair of hits.

After both teams scored a pair of runs in the first inning, the Lincoln Saltdogs edged out the Fargo-Moorhead RedHawks the rest of the way to seal a 4-3 win.

The Saltdogs struck first as SS Mike Gilmartin hit a two-run home run in the top of the first inning but the RedHawks tied the score as 2B Ryan Pineda tripled home LF Chad Mozingo and then scored on a sacrifice fly from 3B Josh Mazzola. Lincoln retook the lead in the fourth inning as CF Brandon Jacobs singled to score LF Jon Smith and then DH Curt Smith added a crucial insurance run in the fifth with a solo home run.

The RedHawks threatened in the final frame as DH K.D. Kang led off with a single and scored on a double by 1B Brian Humphries. Humphries, representing the tying-run, reached third base but was stranded there as Reliever Stephen Shackleford struck out Mozingo to end the game.

The Texas AirHogs took control of the game with a four-run fifth inning and that proved to be the difference as they slid past the Winnipeg Goldeyes 5-3.

Texas turned a 1-0 lead into a 5-0 lead in the top of fifth inning as CF Michael Hur hit an RBI double, DH Juan Sanchez lifted a sac fly and 1B Devon Rodriguez singled to plate both Hur and LF Burt Reynolds. The Goldeyes responded in the bottom of the frame as 2B Casio Grider tripled to scored 3B Wes Darvill and then scored on a balk. The Goldeyes added another run in the sixth on a RBI single from C Carlton Tanabe but never drew any closer.

For the game, Rodriguez and 2B Brian Bistagne were the only players to have more than one hit as the each went 2-for-3.

The Sioux City Explorers held off a late charge from the St. Paul Saints to claim the first game of their doubleheader 8-6.

The Saints scored four runs in the seventh and final inning thanks to a solo home run from C Tony Caldwell and a three-run shot from 2B Tony Thomas later in the inning. But reliever Connor Overton struck out LF Willie Argo in the next at-bat to end the game. The Explorers built their lead thanks to RBI from seven different players.

Three Explorers – RF Michael Lang, 2B Noah Perio and DH Tim Colwell – tallied a pair of hits in the game and they each added an RBI. Colwell had a team-high two runs scored.

The St. Paul Saints bounced back from dropping the first game of their doubleheader to win the night cap 7-1 against the Sioux City Explorers.

Seven different Saints registered at least one hit in the seven-inning game and two Saints had multi-hit games. SS Tanner Varvra went 2-for-4 with a run scored and RF Chad Christensen went 3-for-4 with an RBI and a runs scored. C Aaron Gretz had a game-high two RBI, both coming on a double in the third inning.

For the Explorers, five different players each had one hit including C Ralph Henriquez who had the team’s lone RBI.

The Game between the Kansas City T-Bones and the Wichita Wingnuts has been postponed due to weather. The T-Bones and Wingnuts will play at 11 a.m. Central Time Thursday June 16 and will play a doubleheader on August 16.