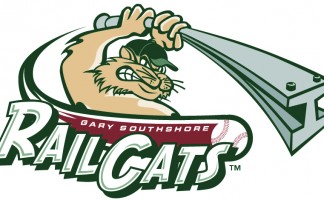 Gary SouthShore 2B Elbert Devarie singled home RF Tillman Pugh with the go-ahead run in the bottom of the eighth inning as the RailCats beat the Lincoln Saltdogs, 2-1. The victory by Gary SouthShore completed the three-game sweep of Lincoln. Pugh scored two runs in the contest while Devarie and CF Brennan Metzger each had 2-for-3 days at the plate. RailCats pitcher Christian Herstine tossed a scoreless eighth with two strikeouts to earn his first win of the year. For the Saltdogs in defeat, RF Austin Darby scored the team’s only run in the sixth inning.

The Fargo-Moorhead RedHawks tallied four runs in the top of the fifth inning to break out to a 6-2 lead and would hold off a late charge by the Kansas City T-Bones to win, 9-6. Fargo-Moorhead had 13 hits in the contest with four batters collecting multi-hit games. RedHawks 1B Brian Humphries had a monster day going a perfect 4-for-4 with a home run, three runs scored and three RBI. RedHawks CF Kes Carter had two hits and two RBI while RF K.D. Kang plated two runs in a 1-for-4 day. Fargo-Moorhead starting pitcher Taylor Stanton tossed seven solid innings to collect his third win of the season. Stanton gave up two earned runs on five hits and struck out seven batters.

Sioux City LF Tim Colwell scored the game winning run in the bottom of the 12th inning as the Explorers beat the Laredo Lemurs, 6-5. Designated hitter Ralph Henriquez led the way offensively for Sioux City going 2-for-4 with a home run, two runs scored and two RBI. Explorers SS Nate Samson added three hits and a RBI while C Matt Koch went 2-for-6 with a run scored and two RBI. Sioux City pitcher Connor Overton threw two scoreless innings of relief to pick-up the victory and improve his mark to 4-0 on the season. Overton gave up a hit and struck out one.